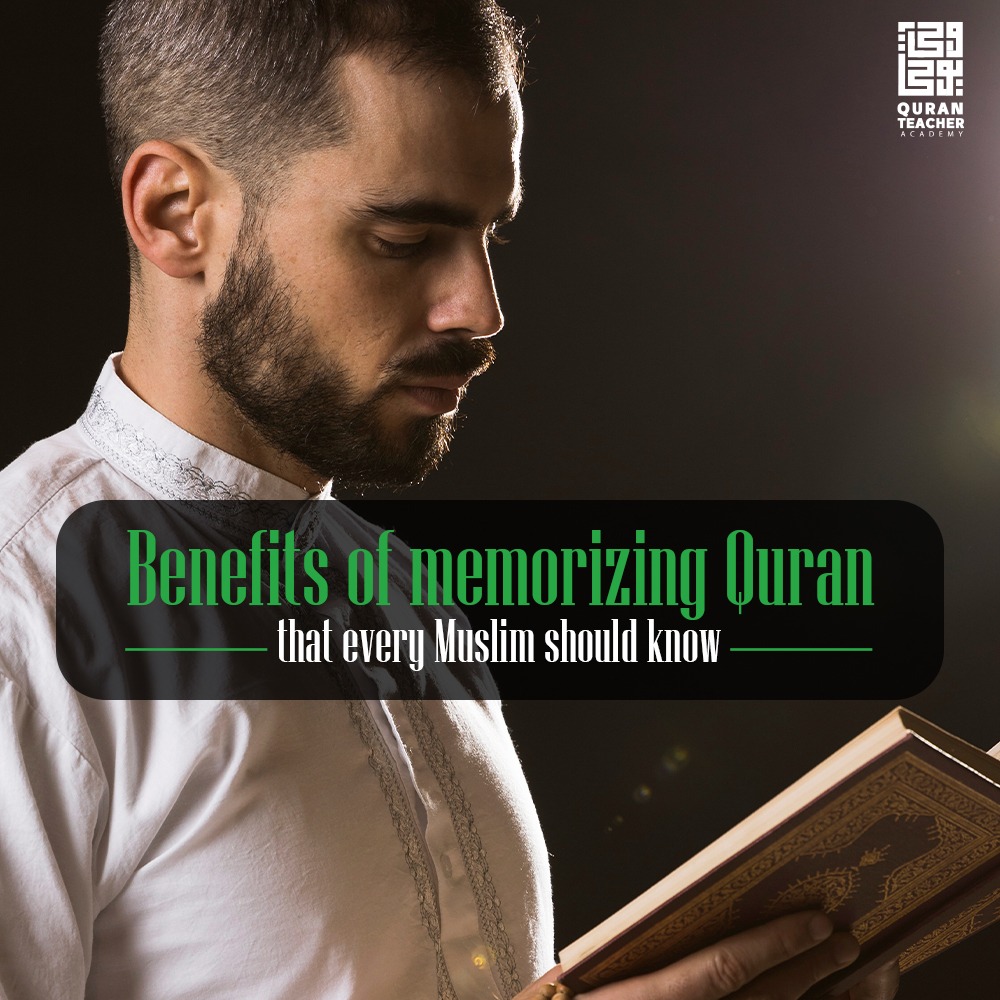 Benefits of memorizing Quran that every Muslim should know

“The best of you are those who learn the Quran and teach it to others”, said Prophet (peace be upon him). The

the verses of the Quran, are the blessed ones beyond approach. The word “Hafiz” has literal meaning of “guardian”

or “memorizer”. The act of memorizing Quran has manifold spiritual, worldly and health benefits. Quran is a vivid

illustration of Allah’s guidance to the mankind which will be a source of motivation, blessings and teachings to the

whole humanity till the dome’s day.

When it comes to memorizing the Holy Quran, it is an act equivalent to the act of filling the heart by the divine

luminescence. As to the spiritual benefits of memorizing the Holy Quran, apart from the countless blessings on the

spirit, it leads to purgation and purification of the soul. It protects man from going astray and nourishing false

beliefs in the mind.

The one who memorizes Quran, his whole life becomes an act of “Ibadah”

. In the contemporary era- which presents various challenges to the mankind and where a person with average

spiritual strength gives up and becomes a pray to pessimism, there, a person with Quran in his mind and heart

stands firm and strong and confronts all the challenges of life with a smiling face. It is the trust in God that never

Such people are always hopeful and positive. This is the reason Quran is called a miracle book.

As to the health benefits of memorizing the Holy Quran, it is a proven fact that the best exercise for good mental

health is memorizing. The more one memorizes the things, the stronger the brain will become.

The brain would become stronger in terms of memorizing more and developing critical and rational thinking thus,

changing the whole mind make-up of a person. Strong and healthy minds lead to discoveries and inventions which

is why the history of the Muslims is full of scientists, philosophers, mathematicians, physicians and much more.

process with the passage of time and ensures long span healthy and active.

it makes him/her punctual and responsible. Quran presents the best stress therapy. Thus, the most difficult

situation, where an ordinary person loses heart, the memorizer of Quran stays determined. It saves a person from a

As far as the benefits of memorizing Quran in the life hereinafter are concerned, there are many sayings of Prophet

As this act of memorizing Quran accounts for an act of especial worship, a Hafiz or a Hafiza will be given special

privileges in the heaven. A Hafiz/Hafiza will be alongside the angels and companions of the Prophet (ﷺ). They will

rest of the heaven- dwellers. Apart from these special privileges to themselves, his/her patents will also be rewarded

in a similar way. As to a Hadith, a Hafiz or Hafiza could take ten people to Jannah with him/her. Thus, they will the

source of deliverance and forgiveness to many other people.

If a person memories the Quran and learns the teachings therein and teaches the same to the people, he or she will

be given the status of “Mualim” or “Mualima”, the very designation of our beloved

A Hafiz or a Hafiza can bring the teachings of Quran into practice and help establish an Islamic society.

Hafiz and Hafiza regarded as the assets of Muslim Ummah because once in the battle of Yumama, many Huffaaz

were martyred by the non-believers, the incidence which is regarded as one of the biggest loss to the Muslims. Being

a Muslim state, Pakistan grants especial quotas and additional marks in education and jobs to the people

Thus, there are several incentives and rewards in this world and the world hereinafter for the people who memorize

Quran. By memorizing Quran, the Muslim civilization will be strengthened; the non-Muslim world will realize and

honor the teachings of Islam by witnessing Muslims’ devotion and love for their religion. Also, it is the duty of the

so that the non-Muslims get attracted to Islam ad embrace it. It is, therefore, inevitable to leave any stone unturned