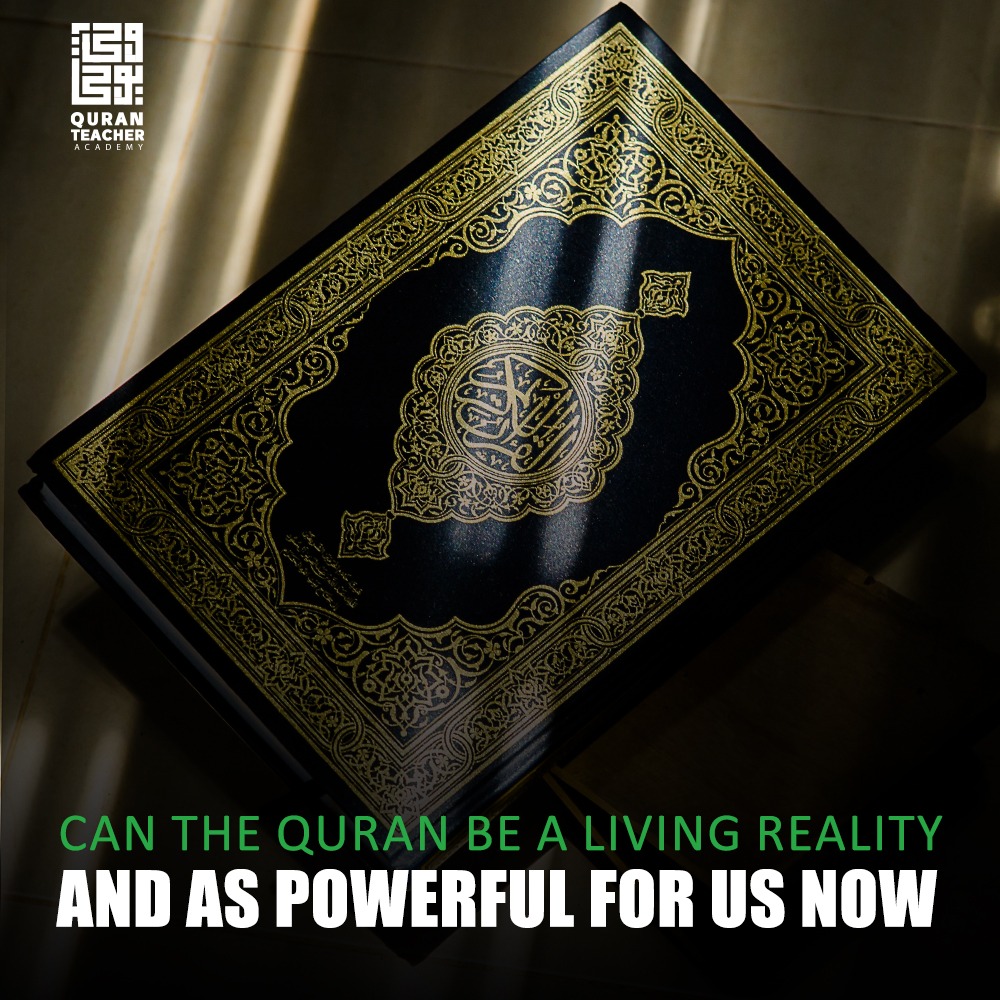 Can the Quran be a living reality and as powerful for us now?

“The best amongst you is the one who learns the Quran and teaches it.” ‘Aishah (May Allah be

pleased with her) reported:

to recite, doing his best to recite it in the best way possible will have two rewards.”

How do you not forget the Qur’an?

Forgetting the Quran has two reasons:

The first is what nature requires.

The second: turning away from the Quran and ignoring it.

The first: a person is not sinned by it, and he is not punished for it. The Messenger of God, صلى الله عليه

وسلمwhen he prayed with people, and he forgot a verse, and when he finished, Ubayy bin Ka’b

reminded him of it. And the Messenger of God heard a reader reciting, and he said: “May God have

mercy on him, for he reminded me of a verse that I had forgotten.”

This indicates that forgetting, which is according to nature, is not blamed on man.

As for what is caused by turning away and indifference: this may be a sin for you, and some people

are plotting against him by Satan, and Satan whispering to him not to memorize the Qur’an lest he

forget it and fall into sin! Allah says in Surah An-Nisa’: 76

“So fight against the allies of Satan. Indeed, the plot of Satan has ever been weak.”

Whoever memorizes the Qur’an and acts upon it, Allah rewards him greatly, so that he will rise in

status in Paradise to a level commensurate with what he memorized of the book of Allah. Abdullah

ibn Amr narrated that the Messenger of Allah said: “The Hafiz-e-Quran (a person who has

memorized Quran) will be said on the Day of Judgment: Recite and rise in status, recite as you used

to recite in the world, for your status will be at the last verse that you recite.”

The Prophet (ﷺ) said, “Seven are (the persons) whom Allah will give protection with His Shade, on

the Day when there will be no shade except His Shade (i.e., on the Day of Resurrection), and they

are: A just ruler; a youth who grew up with the worship of Allah; a person whose heart is attached to

the mosque; two persons who love and meet each other and depart from each other for the sake of

Allah; a man whom a beautiful and high ranking woman seduces (for illicit relation), but he (rejects

this offer by saying): ‘I fear Allah’; a person who gives a charity and conceals it (to such an extent)

that the left hand might not know what the right has given; and a person who remembers Allah in

the solitude and his eyes well up.”

We are all sinners. But the best of sinners are those who repent constantly, hide their sins, and

continuously and sincerely strive to stay away from sins.

They may fall into sin again, but they make constant and sincere efforts to get out of this. They fight

their affection to improve themselves.

Ibn Al-Qayyim (May God have mercy on him), wrote:

Do you think the righteous do not commit sins?

them. And did goodness after they did wrong.

Muhammad, and are known as the Sahabah) was asked, “How is the relationship between you and

He said, “It is shred by sins, and I patch it with seeking forgiveness.”

How excellent is the question And how deep is the answer!

forever. The guidance of the Quran, by its own claim, has an eternal relevance for all people, being

the word of the Eternal God. The Quran is the eternal guidance of the Ever-living God. The words of

Allah has been sent down to guide human beings for all times to come.

It must be possible for us to receive, experience, and understand the Quran as its first recipients did,

at least to some degree. Despite the historical incidence of the revelation in a particular language

and at a particular time and place, we should be capable of receiving the Quran now because its

the message is eternal.

The Quran was a living reality, for those who heard it for the first time from the lips of

Prophetصلى الله عليه وسلم, they had absolutely no doubt that, through him, Allah عزوجلwas speaking to

them. Their hearts and minds were seized by the Quran. Their eyes flowed with tears and their

bodies shivered. They found it deeply relevant to their concerns and experiences and integrated it

fully into their lives. They were completely transformed by it. As a result, these Simple and humble

people became the leaders of mankind.

Today we have the same Quran with us. Even millions of copies are in circulation.

Since we no longer read the Quran as a living reality and a guiding book, our eyes remain dry, our

Can the Quran be a living reality, relevant force, and as powerful for us now as it was 1400 years

under the guidance of the Quran.

How do we do this? The answer is simple:

• We study and learn the Quran as if Allahعزوجل were speaking to us through it now and today, and

by fulfilling the necessary conditions for such an encounter.

• Only by centering our lives on the Quran, Believers will find meaning to their existence or find

dignity in this world. More importantly, without emphasis on learning the Quran, we will never

• The Quran’s blessings are limitless, but the measure of your taking from it depends entirely upon

the capacity of the receptacle you bring to it. So, at the very outset, make yourself more deeply aware

of what the Quran means to you and what it demands of you.

Every Muslim has a duty to devote himself to reading, understanding, and memorizing the Quran.

And it’s important to put Quran study groups in mind, in homes, mosques, and student activities.