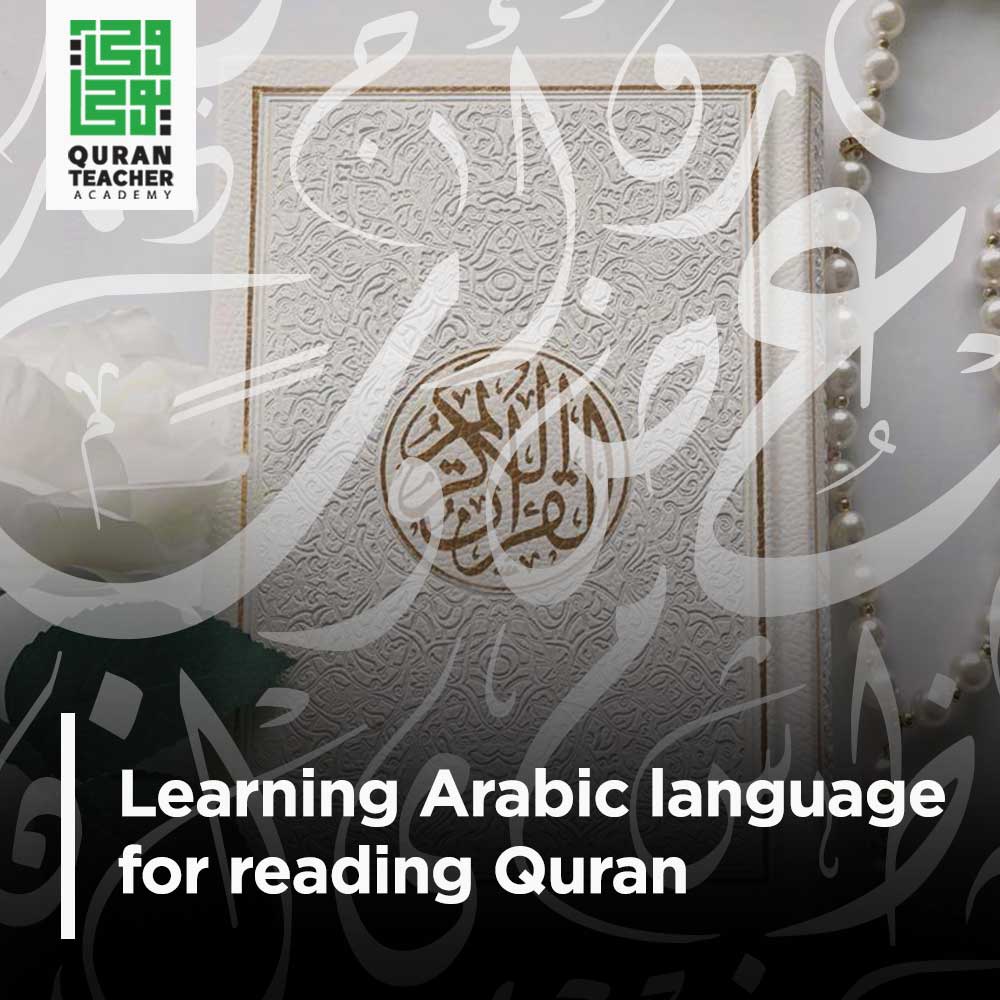 First, the revelation itself and the message sent from God to humanity was not only delivered in Arabic. The previous prophets sent to every single nation and sent in their own languages. “And we did not send any messenger except [speaking] in the language of his people to state clearly for them.” Surah Ibrahim .........
Learning Arabic language for reading Quran

First, the revelation itself and the message sent from God to humanity was not only delivered in

The previous prophets sent to every single nation and sent in their own languages. “And we did not

send any messenger except [speaking] in the language of his people to state clearly for them.” Surah

So, the message of the Oneness of God and the warning about the afterlife, confirming your

conscience about being a decent human being and accepting your lord.

That belief was given to all nations in all languages.

Arab peoples. Allah عزوجل chose a language and a people to communicate this message.

The Arab peoples did not have big civilizations; the only thing they took pride in was their language.

When the Quran was revealed, it was revealed in very precise Arabic. The Arabic language is very

rich and nuanced. The Arabic language has a very complex system of grammar and word-formation.

One statement in Arabic can actually means many things and lessons. Its richness, accuracy, and

nuance is the obvious reason why Arabic was chosen.

The importance of the Quran is more important than nation or nationality. It was not about Arab

supremacy; it was about the supremacy of the words of Allah itself.

“And if we had made it a foreign [i.e., non-Arabic] Quran, they would have said, “Why are its verses

not explained in detail [in our language]? Is it a foreign [recitation] and an Arab [messenger]?” Say,

“It is, for those who believe a guidance and cure.” In addition, those who do not believe – in their

ears is deafness, and it is upon them blindness. Those are being called from a distant place.”

The importance of the Arabic language

His final divine message for humanity.

This is proof of the power of the Arabic language, its ability to carry deep meanings that are valid

Holy Quran for as long as humans exist.

Islam has to be in Arabic.

4- The Arabic language is protected by Allah سبحانه وتعالى, so it is never going to die or disappear. In

In contrast, other languages are disappearing or even changing throughout the world.

As long as Muslims reciting the Holy Quran and learning it, the language will continue.

5- Learning the Arabic language facilitates the Practice of Islam.

“Indeed, We have sent it down as an Arabic Quran that you might understand.”

Another verse in Surah Taha verse: 113: “And thus we have sent it down as an Arabic Quran and

remembrance.” It is our duty to learn Arabic and to educate others.

Respect your own language and learn it and master it as many other languages you want, but the

Arabic language should have a priority in your life. At least try to learn the basics of it or whatever in

Arabic is required for your Islam religion.

Examples as mentioned; Salah, the pillars of Islam, supplications, and other obligations but the rest

is optional. You will find studying the Quran easy Insha’Allah, as Allah عزوجل says: “And we have

certainly made the Quran easy for remembrance, so is there any who will remember?” Surah Al-

How to learn Quranic Arabic

1-Learn From The Comfort Of Your Home Or At Work – Only A Mic, PC, And Internet Require.

More Competitive Lesson Prices On The Internet, Yet their Quality Of Teachers Is Outstanding!

6- Learning Tajweed: for improving Quranic recitation to prevent mispronunciation of words and

terminology in the Quran.

8- Learning to read the Arabic language from native teachers,

in order to read the Holy Quran, it is most important that you focus your energy on learning how to

to English or to your native language, and not trying to learn conversational Arabic if it is difficult

10- Learning Arabic basic grammar is important in order to write in Arabic.

11- Extending your knowledge of Arabic words.

14- Learning Quran terminology: the Quran contains many religion-specific terminology and

vocabulary that you do

not experience much in day-to-day life. As such, it is important to spend your time learning Quran-

Thanks to the rapid advancement of technology, online learning is a part of many Islamic

around the world. AIn addition, Wahion Youha Academy is special in this field. Their Quality of