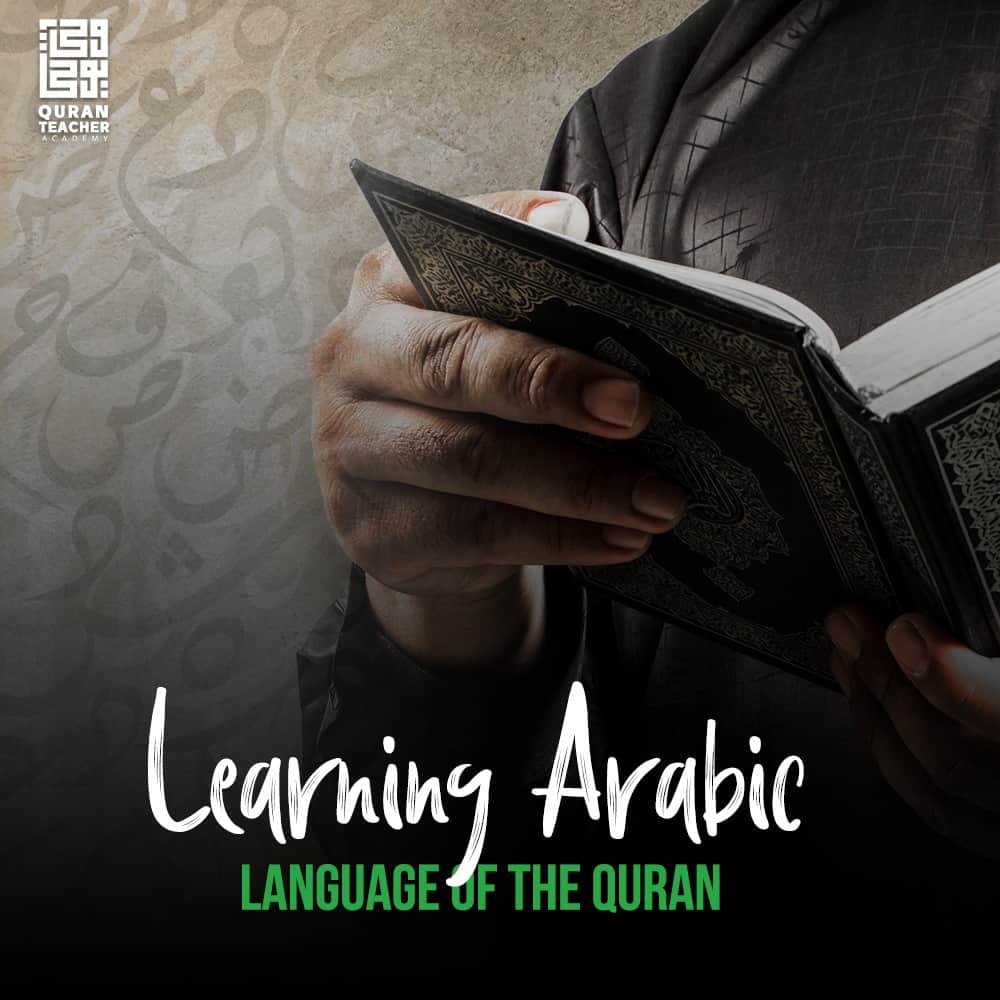 Learning Arabic language of the Quran

intellect and behavior, transforming the Arabic language and bringing to the consciousness of man a

studied to gain a deeper appreciation of the Quran’s core message.

The importance of learning Arabic language

language. And most major Islamic works are written in Arabic as Muslim scholars who have written

volumes of books in Arabic as a command of the Holy Quran like; Islamic jurisprudence, the science

Correct recitation of the Holy Quran depends on knowledge of Arabic. Learning the Quranic science

Tajweed teaches us how to read the Holy Quran properly. Some letters are pronounced by using

tongue and some others by using throat and nasal.

Learning Arabic language helps one to concentrate in prayers.

if we understand what we read in our prayer, we can concentrate better and then apply “Khushu”

Learning Arabic language as it is one of the oldest living languages in the world. The Arabic

language was used by Arabs even before Islam for thousands of years.

The Quran is an aesthetic miracle in its language. The first scholars who were dealing with this

an aesthetic and rhetorical aspect of the Quran were Al-Jahiz, Abu al-Hasan, Muhammad ibn Yazid

The importance of learning Arabic in the Holy Quran

The Arabic language is the language of the Qur’an, and whoever is learning Arabic will have a great

reward. It was mentioned in the following verses in the Holy Qur’an:

“Indeed, We have sent it down as an Arabic Qur’an that you might understand.” Surah Yusuf: 3

perhaps they will avoid [sin] or it would cause them remembrance.” Surah Taha: 113

“And indeed, it [i.e., the Qur’an] is the revelation of the Lord of the worlds. The Trustworthy Spirit

[i.e., Gabriel] has brought it down. Upon your heart, [O Muhammad] – that you may be of the

“Indeed, We have made it an Arabic Qur’an that you might understand.” Surah Az-zukhruf: 3

This verse was a tribute to the Arabic language and to clarify its importance.

The Quran is a book of honor; this Book is written in the Arabic language, therefore; the Arabic

language is a book of honor.

“Indeed, We have sent it down as an Arabic Qur’an that you might understand.”

Learning Arabic language is the only means to understand the Quran.

How do you feel when you read Surah Al-Ikhlas but never know the meaning of this verse!

Is learning Arabic more important than memorizing the Quran?

Baqarah in 12 years! And his son Abdullah learned the same Surah in 4 years!

When Sahabah learned the Quran from the prophet, they only learned 10 verses at a time and they

verses. So, they didn’t just memorize and move forward but they learned, reflected, understood, and

the process is made up of several important components.

Learning Tajweed, learning Arabic, and memorization. We cannot say that learning one is better or

more superior than the other. All of them are essential to understand this sacred Book.

In order to memorize the Holy Quran, you should recite with Tajweed and learn Arabic.

There is a logical route to take in order to achieve your goal of understanding the Quran.

This route begins by learning Tajweed which gives you the basics of recitation.

upon yourself, memorization becomes the next logical natural step to take.

Is learning Tajweed so important?

with supervision. Most of the kids usually lose interest along the way and therefore their attention is

difficult to maintain. But it does not have to be hard to learn Arabic grammar. “Wahion Youha”

learning Arabic and find their passion for this beautiful language.

(Wahion Youha) is An Online Quran Academy, Where You can: Learn From The Comfort Of Your

Home Or At Work – Only A Mic, PC And Internet Are Required.

You Can Choose Any Teacher, Male or Female, To Teach You Or Your Kids No Problem In Shaa

Difficult To Find More Competitive Lesson Prices On The Internet, Yet their Quality Of Native