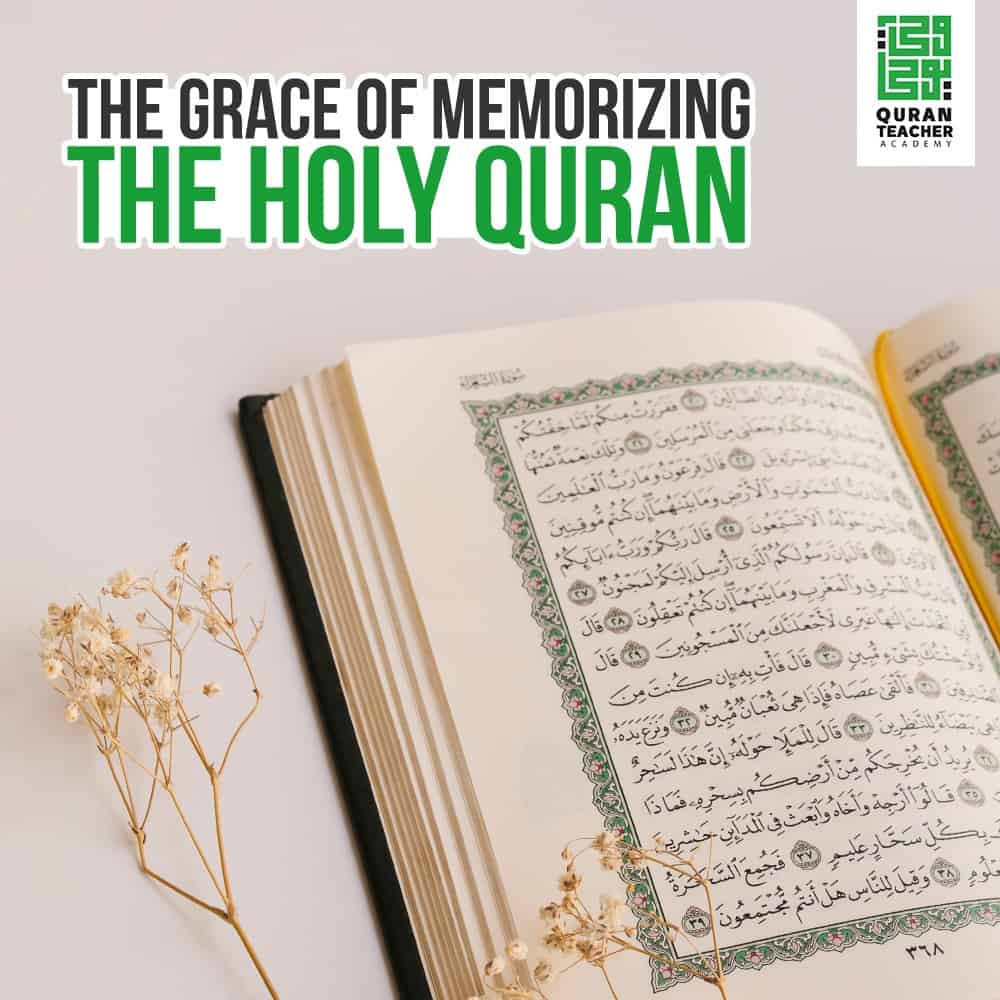 The Grace of Memorizing the Holy Quran

Memorizing the verses of the Holy Quran

along with understanding each one in its correct cont .........
The Holy Quran is the last revelation from almighty Allah " God" to all mankind. It was re .........

The Holy Quran is the last revelation from almighty Allah ” God” to all mankind. It was revealed to prophet

Muhammad ” Peace be upon Him” through the angel of Gabriel more than 14 hundred years ago.

When prophet Muhammad ” Peace be upon Him” was selected to perform this religious mission, the whole world

was amidst chaos and disorder as killing and oppression were at the highest peaks. So, prophet Muhammad” peace

be upon Him” came along with the Holy Revelation “Quran” to put an end to slavery, killing and oppression, and

replace them with mercy, love and co-existence among all peoples.

Memorizing the verses of the Holy Quran

along with understanding each one in its correct context, is one of the best deeds that enable Muslims to gain Allah’s

satisfaction and love as the Holy Quran is Allah’s word, so it is undoubtedly the most honorable duty to teach;

therefore, the role of the Quran teacher is really important. The companions of Prophet Muhammad, Peace be upon

Him and May Allah be pleased with them, were really keen on reciting and memorizing the Holy Quran.

The virtue of memorizing and reciting the Holy Quran

has been emphasized in the Holy Quran and the Sunnah of

the Prophet through many verses, texts and hadiths from which religious scholars derived how significant it is to

companions asked,” Who are they, Oh Messenger of God ? He said, ” Those who recite the Holy Quran regularly are

Allah’s closest and His most beloved ones. It is mentioned in the Holy Quran, in Surat  Al-A’raf verse No. 204 where

Allah says, ” when Quran is recited, listen carefully to it as you shall obtain Allah’s mercy”.

He who teaches, “The Quran Teacher“, and reads the Holy Quran are being given higher and higher positions at

Paradise till reaching Angels’ level in Heaven. The Holy Quran elevates those who read and keep it in their hearts,

Moreover, it was narrated by Abo Hurira, May Allah be pleased with Him, that Prophet Muhammad, Peace be upon

Him, said, ” envying others is not acceptable except in two things, a man whom Allah taught reciting the verses of

the Holy Book, so he, the man, recites at night and during the day”. In the hereafter, people envy the Quran Teacher

and the one who memorizes it as they the high positions Allah granted them in Paradise.

daily prayers as it was narrated from the Prophet, Peace be upon Him, where he said,” The one who leads Muslims

in the daily prayers is the one who most recites, understands and memorizes the verses of the Quran. In the

hereafter, the Quran benefits those who used to recite and loved it during their life by helping to eliminate sins

and protecting them from the Hellfire.

check our website if you’re looking for online Quran classes