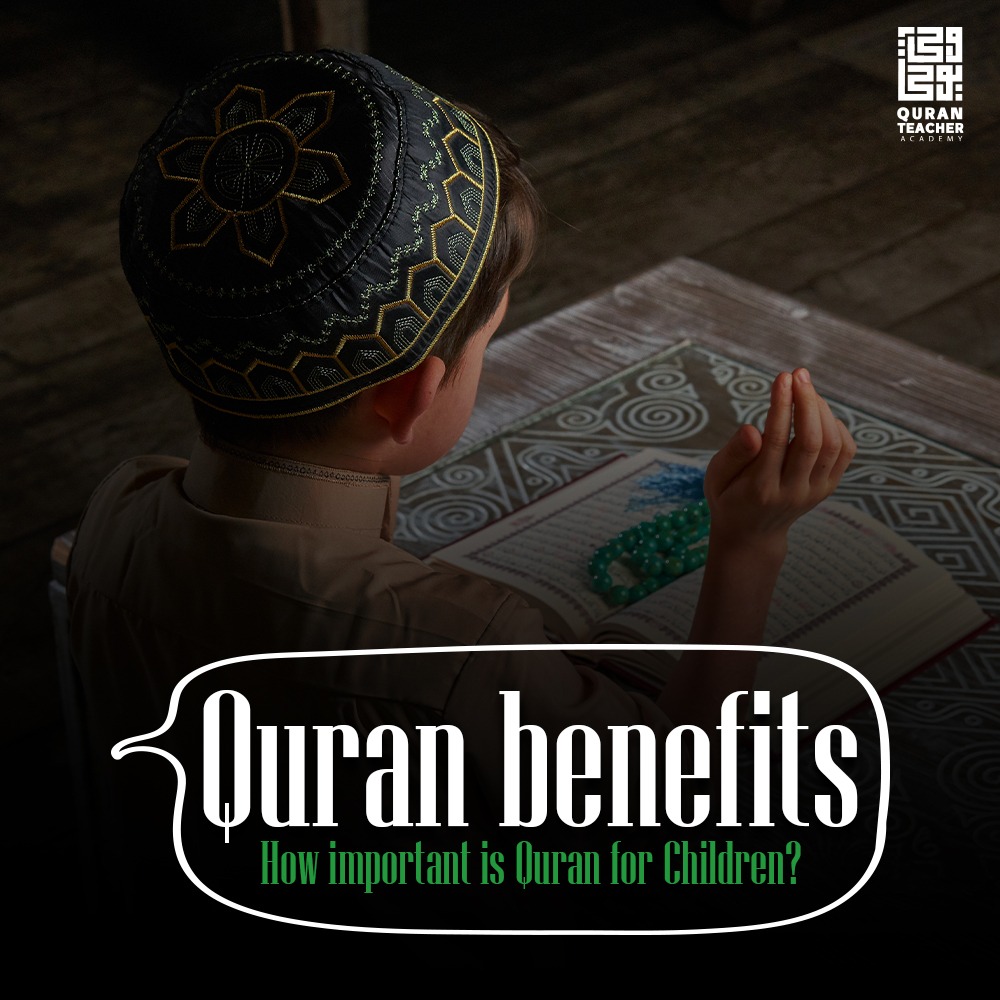 Quran benefits : How important is Quran for Children ?

(SAW). The revelation of the Quran is one of the peculiarities of this Ummah, which every Muslim must know

The Qur’an serves as a source of rulings for us, and it informs us of the activities of the previous nation. If not for the

Qur’an, how will Muslims know about the past prophets like Nuh, Hud, Yoonus, Yaqub, and the rest of the

However, despite the great importance of the Qur’an to Muslims, many people don’t give it their prime attention.

Consider the need for reciting the Qur’an during any prayer, such that anyone that does not recite surah Al-Fatiha

has no solah. Because the Prophet said, ” There is no solah for someone that doesn’t recite surah Al-Fatiha” (Sahih

Here Are The Benefits of Memorizing The Qur’an

In the world today, the total number of people who memorized the Qur’an is meager compared to the number of

Muslims worldwide. The lack of desire for Qur’an memorization stems from the negligence of many people about

the benefits and rewards involved in memorizing the Holy Qur’an.

commits the Quran to memory.

many verses of the holy book.

“Allah bears witness that there is no God, but He, and so do the angels and those possessed of knowledge” Surah Al

In the verses mentioned above, Allah shows the position of the knowledgeable ones above ordinary believers. He

associates them with his Almighty Himself and the angels, which form of blessing is more than this!

their age to the extent that Allah commands his Prophet to recite to one of them Ubayy bn ka’ab.

“Verily Allah, the Exalted and Glorious, has commanded me to recite the Qur’an to you, at which point Ubayy said:

(Has) Allah mentioned my name to you? He said: Allah has mentioned your name to me. Thereupon he began to

(i.e. ‘Abdullah b. Mas’ud) he started from him-then Mu’adh bn Jabal and Ubayy bn Ka’b, then Salim the ally of Abu

All these companions are mentioned because they memorize the Qur’an.

Mus’ab bn Umayr, the first ambassador of Islam, was chosen by the Prophet because of the huge portion of the

Qur’an he had memorized. He went to Yathrib to teach the Ansari there. You should consider the great preference

given to the Hufaaz (Qur’an memorizers) during the martyrs’ burial on the day of Uhud.

Also, among the two instances that you can wish to be like anyone in the case of someone whom Allah has given

wisdom (the Holy Qur’an), and he acts according to it while teaching it to others.

However, after learning and memorizing the Quran, it is now binding on you to teach it to other people, so that the

knowledge spreads and the number of Huffaz increases. When you do this, you are rewarded while you are among

the best people. Because it is reported by a number of the companions that the Prophet said, “The best of you are

those that learned the Qur’an and taught it to people.”