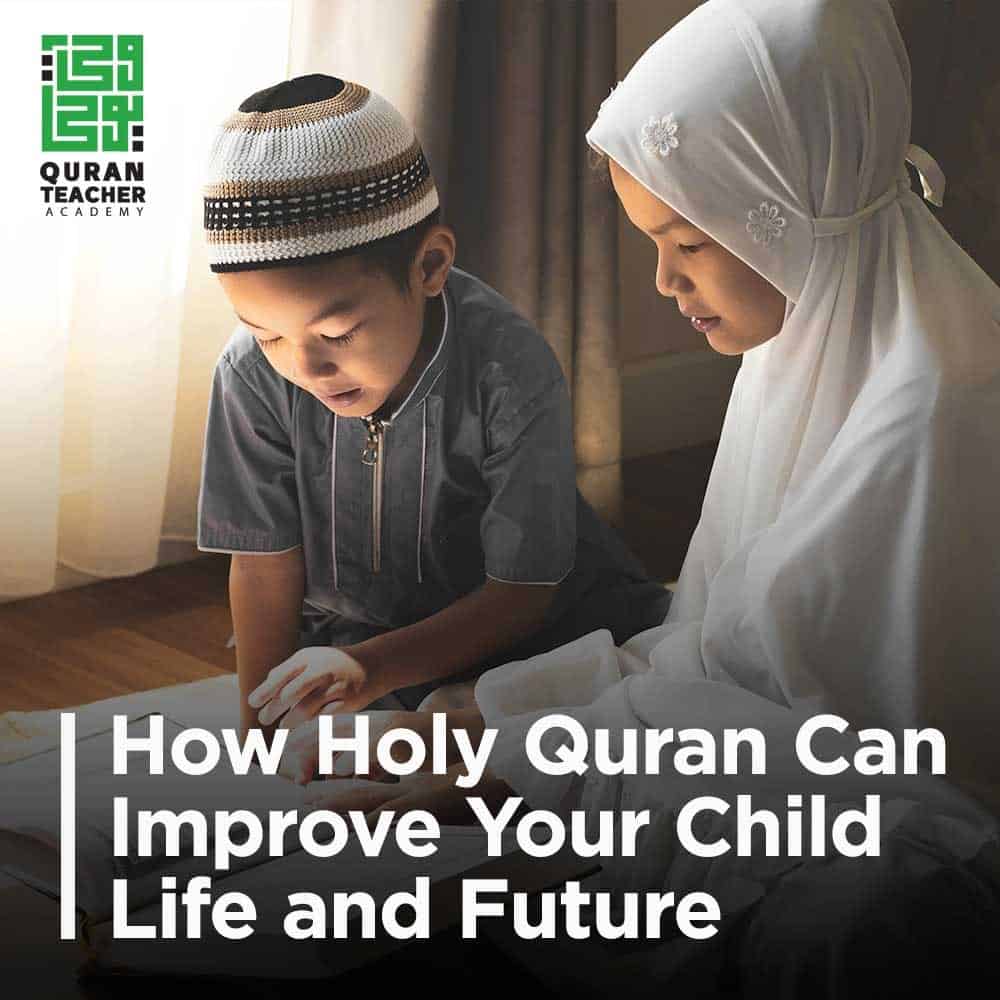 How Holy Quran Can Improve Your Child Life and Future

or “Koran” from the Arabic Al-Quran means “The Recitation”.

But the sanctified text has some other names as well that refer to a particular aspect of it. It is also

known as “Al-Furqan” means “The discernment”, for it contains dogma of principal for both

Another prominent name is “Umm-al-Kitab” which means “The Mother Book”, as it is the ultimate source of all

knowledge. Next the most promising name for the “Quran” is ‘al-Huda’ the divine source of guidance for all human

beings till the day of judgment.

The Holy Quran is the ultimate source of Hidayah

for all human beings residing on the planet earth. Its message is relevant to different people inhabiting different

parts of the world. For those who believed the Quran is the universal book of guidance and its message is relevant to

all the people of all ages and climes. Even the existence of the Quran from the last fourteen hundred years had a

believer who may have come under its spell.

Teaching of Quran to the children is the greatest legacy

must learn, read, and love Quran persistently throughout their life. The Holy Quran and the teachings of the Holy

Prophet provide directive and guidance for the upbringing of children.

In the Holy Quran, Allah Almighty has proclaimed the children are the beauty of worldly life. “Allah in regard to

bestowing the blessing of an issue to human beings says (18:46):” and strengthened you with wealth and children

(17:06)”. These sayings of Allah almighty strengthened the belief of declaring children are the worldly beauty and it

is discernible for an individual to express his/her pride and love for his/her children. As one considered of being

empowered by the presence of children.

In contrary, if the children are not being brought up in a healthy and better the environment then this blessing pose

a great threat to parent’s life when the children grow up. Allah also narrates in the Holy Quran, i.e. “your wealth and

Prophet narrates in one of His Hadith: “Allah (SWT) will ask every caretaker about the people under his care and

the man will be asked about the people of his household” (Nasa`I, Abu`Daud). This Hadith clearly explained the

magnitude of the responsibility of upbringing the children on their parents. Children have rights too, therefore, it is

In chapter Al-Luqman of the Holy Quran, Luqman says: “O my son, fulfill your moral obligation, bid what is known

and forbid what is wrong, and bear with passion what befalls you. These are indeed acts of courage and resolve. Do

not hold the man in comfort, and do not walk with hauteur on the earth. Verily God doesn’t like the proud and

Allah further narrates the advised of Luqman to his son

in chapter Al-Luqman: “And (remember) when Luqman said to his son when he was advising him: “O my son! Join

not in worship others with Allah. Verily, joining others in worship with Allah is a great Zulm (wrong) indeed”

The wise words of Luqman (A.S) to his son sets out to be the fundamental code of conduct for the upbringing of

children. By following the very guidelines of Luqman, a child will eventually be transformed into a respectable and

conscientious member of society.  Besides, the child should be taught to remain calm and should not lose patience

Quran not only just focus on the worshipping of Allah almighty, but also focus on consummating the rights of other

human beings regardless of their religion, caste, creed, and gender.

Furthermore, in the Holy Quran, the concept of “La Ilaha Illa-Allah” and Huquq Allah (Rights of Allah)” is being

persistently narrated by Almighty Allah. Hence, parents should inculcate the correct concept of oneness of Allah

followed by all religious act of worship to their children. By and all Tawheed is the fundamental principles of Islam

life, which is the essence of relationship with Allah.

Whereas, Holy Quran consistently narrates the fundamental rights of other fellow beings, as described in chapter

near of kin or stranger and companion accompanying in any journey. Hence, parents should excogitate their

children the Quranic verses which emphasize the rights of formerly given members of society. So, when the children

grow up, they will grant true respect to these members of society.

As in Holy Quran verse (17:23) narrates that no words of disrespect should be uttered towards parents. Honoring

parents can be deemed a form of worship if the goal is to please Almighty Allah by respecting His commands. Allah

(SWT) advised us to show kindness, respect, and humility to our parents. It can be possible if the verses from the

Holy Quran would have been taught to the child since his childhood. Similarly, parents should teach their children

to find legal (halal) ways to earn their livelihood. Islam places enormous emphasis on this subject and these

teachings are clearly stated plenty of times both in Quran and hadith.

Afterward, when these children will start earning, they have a very clear message in their mind about which

profession and earning habits they will have to adopt. Finally, teaching children the rituals of worship and the rights

of individuals, children should taught Islamic morals, characters, and etiquette from an early age so that it

becomes part of their habits. Children should taught the principles of humility, tolerance, patience, and other

such behavioral traits. These personality traits can help any individual tremendously in their lives. Children can

learn such conduct by learning hadith as well as learning about the lives of the prophet (s) and his companions.

In the last, it is the first and foremost responsibility of the parent to develop the love of the Holy Quran in the mind

and heart of children. So, these children become true successors of Islam and practically keep Islam alive in their

lives and their families. Parental efforts are, therefore, quite instrumental in inculcating the love of Islam and the

teachings of the Holy Quran in the right manner.

Parents should also recognize that raising good children can be a source of their salvation in the hereafter. Finally,