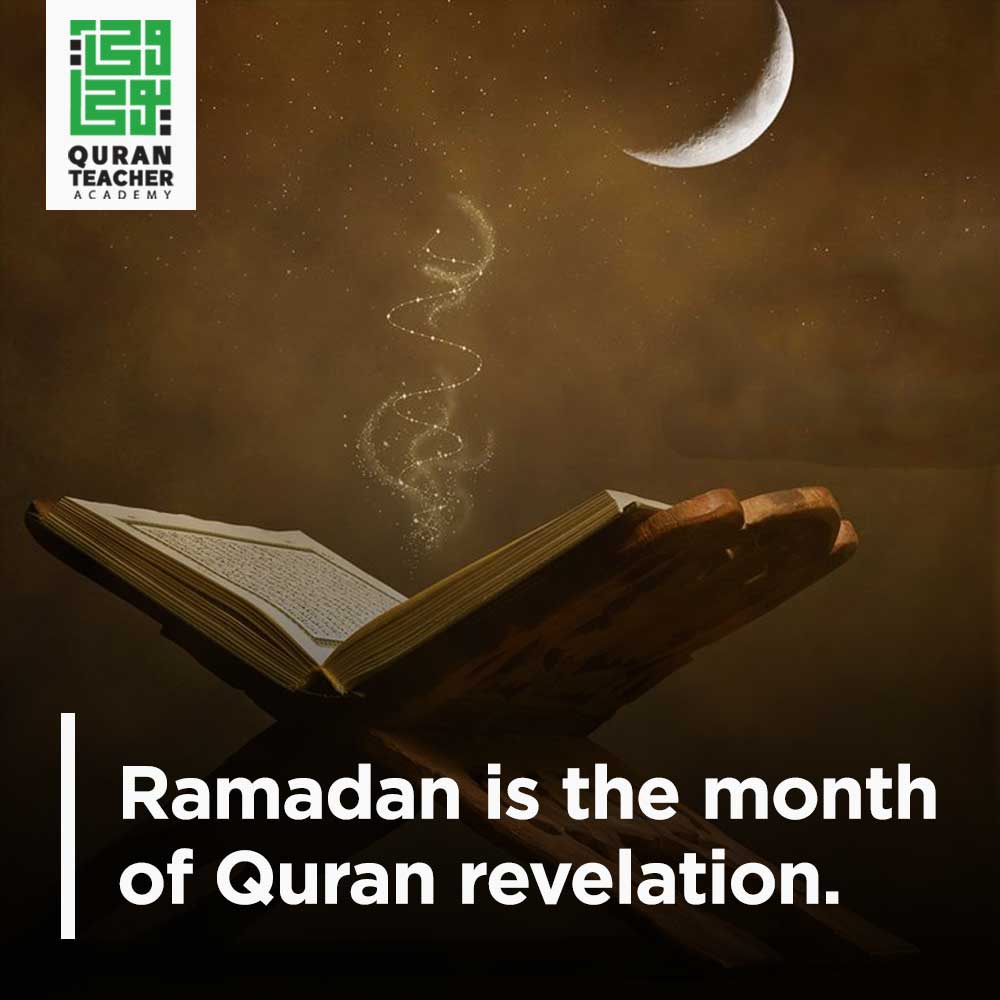 Ramadan is the month of Quran revelation

Ramadan is the month of Quran revelation There is no real Ramadan without the Holy Quran. It is an anniversary of the Book of guidance, which transformed the illiterate Arabs into the most cultured and civilized people within the the shortest time in human history.

There was no magic it was the Quran which sent by Allahعزوجل.

Its first command was not to perform five times prayer or any spiritual activity. It was Reading! “Recite in the name of your Lord w .........
Ramadan is the month of Quran revelation

Ramadan is the month of Quran revelation

There is no real Ramadan without the Holy Quran. It is an anniversary of the Book of guidance,

the shortest time in human history.

There was no magic it was the Quran which sent by Allahعزوجل.

Its first command was not to perform five times prayer or any spiritual activity. It was Reading!

“Recite in the name of your Lord who created. Created man from a clinging substance. Recite, and

your Lord is the Most Generous. Who taught by the pen. Taught man that which he knew not.”

In another part, The Quran, tells that those who have the knowledge and those who do not have

knowledge is not equal.

“The month of Ramadan [is that] in which was revealed the Qur’an, a guidance for the people and

clear proofs of guidance and criterion. So whoever sights [the crescent of] the month, let him fast it;

and whoever is ill or on a journey – then an equal number of other days. Allah intends for you ease

for that [to] which He has guided you, and perhaps you will be grateful.”

Allah عزوجلsays, ‘Why did I give you these 30 days? And what are your goals and objectives?

He said: “to complete the period.” So this count is important, it has something to do with your

relationship with Allah as a slave.

Finish the spiritual development, it’s a target, it’s a program, and in order for the program to be

Success for you, you need to finish this period.

“And to glorify Allah.” So declare Allah’s greatness, based on how He guided you.” It is literally

to the Eid prayer, what is everyone saying?

But what is really awesome about this is that it is not limited to the act of Eid, actually, when we say

then all of your sins and disobedience.

Allah is greater than everything we do

وتعالى, and watching your eyes and keeping control of your tongue.

Stay away from haram things so that at the end of the Ramadan He says, ‘So you can truly declare

My greatness now that this month is done based on how I have guided you.’

This is the fruit of Ramadan, how Allah سبحانه وتعالى becomes a big priority in Ramadan.

One of its purposes is that Allah remains a priority even after Ramadan. Look inside the Ayah Allah

Himself said it. Allah Himself said: “glorify Allah.” “And so that you can be grateful.”

own personal whims, desires, and temptations.

*You should be grateful that much of humanity doesn’t have this honor and you do.

“Indeed, We sent it down during a blessed night. Indeed, We were to warn [mankind]. Surah – Ad-

The Prophet (ﷺ) said, “He who observes fasting during the month of Ramadan with Faith while

seeking its reward from Allah will have his past sins forgiven.”

The wisdom in this revelation is to venerate the Noble Qur’an, glorify the Messenger of Godصلى الله

عليه وسلم – and glorify the month in which it was revealed.

The month of Ramadan in which was revealed the Qur’an, a guidance for the people and clear

proofs of guidance and criterion

Reading Quran in Ramadan as the Messenger of Allah (ﷺ) was the most generous of the men, and

recited the Qur’an to him. During this period, the generosity of Messenger of Allah (ﷺ) waxed faster

than the rain-bearing wind.

Ramadan in prayer and other times, and their care for it increased in this great month.

Al-Aswad – may Allah have mercy on him – used to read the Qur’an every night in Ramadan.

The Messenger of Allah (ﷺ) said, “The best amongst you is the one who learns the Qur’an and

The Messenger of Allah (ﷺ) said, “When Ramadan begins, the gates of Jannah are opened, the gates

of Hell are closed, and the devils are chained.”

Reciting Book of Allah in the month of Ramadan

credited with a good deed, and a good deed gets a ten-old reward. I do not say that Alif-Lam-Mim is

Ramadan is the time to revisit the verses of the Quran. as well as increasing our reflection on the

verses of the Quran