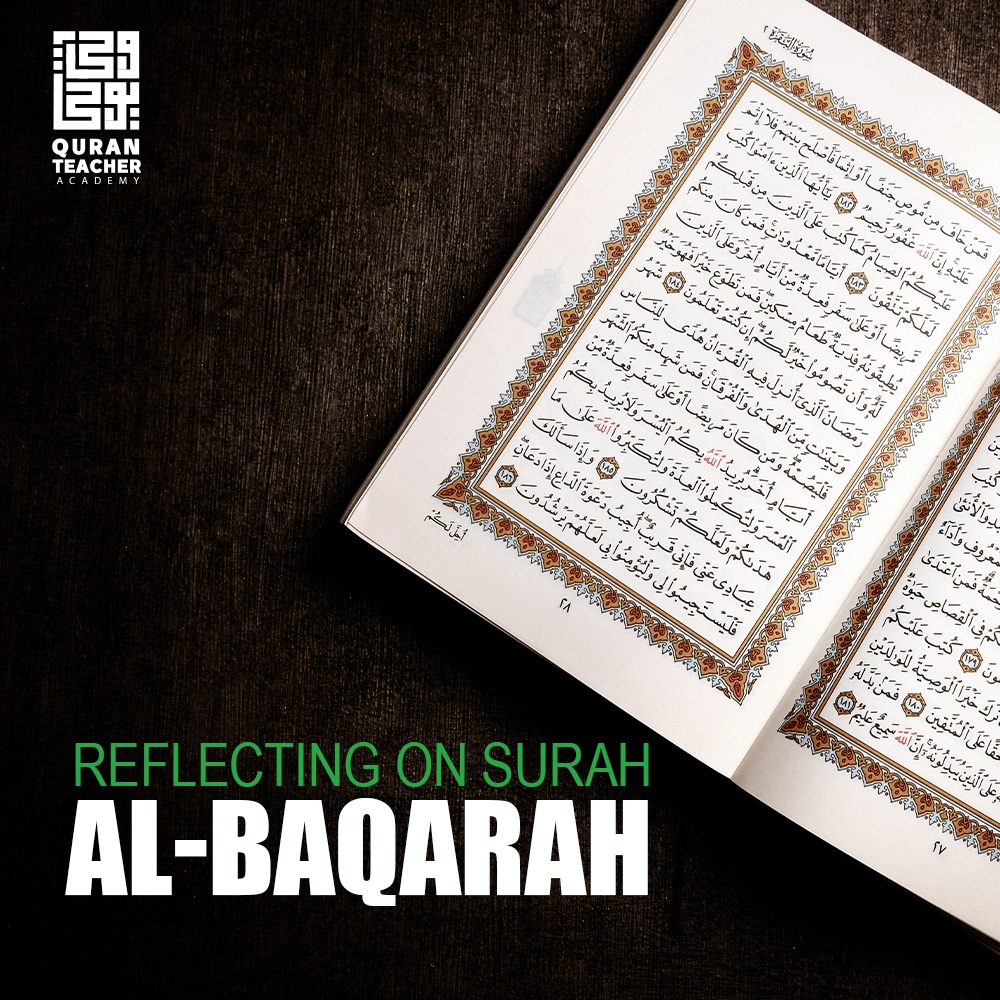 “And [recall] when Moses said to his people, "Indeed, Allah commands you to slaughter a cow."

“And [recall] when Moses said to his people, “Indeed, Allah commands you to slaughter a cow.”

They said, “Do you take us in ridicule?” He said, “I seek refuge in Allah from being among the

In this Ayah, Allahعزوجل talks about the incident of the cow. Surah Al-Baqarah is called the cow.

kidding us? You want us to slaughter a cow? A murder just happened and your God’s response is

that we should slaughter a cow? This sounds a kind of ridiculous.’

Allah made it a story in The Quran to mention what their reaction was to Allah’s instructions.

A prophet is telling you on Allah’s behalf, to slaughter a cow. Whether or not that makes logical

sense to you or not, it’s Allah’s command and it’s validated because it is coming through His

But their response is ‘are you kidding?’ Actually, this is a timeless problem because this day you are

and they will say, ‘Are you kidding me? Are you serious?’ That’s what Islam wants? That is what

said ‘I seek Allah’s refuge’. From what?

‘That I should be from those who lose their emotional control.’

someone who loses them.

This Ayah is not just a warning to those who make a mockery out of Allah’s commandments, on the

another hand, it is also a warning to those who deliver Allah’s message, who try to do the of the

Prophets, who when they say something on behalf of Allah عزوجل and it is mocked and ridiculed they

shouldn’t lose their cool. Because Musa عليه السلام immediately says I seek refuge of Allah that I

should be from those who lose their cool.

In other words, this would enrage him, and he doesn’t want to lose his temper because then he will

not be able to do his job.

So, carrying the message of Islam and giving advice for the sake of Allah requires a thick skin and

have to say I seek refuge in Allah from being among the ignorant.

control their emotions and control.

“O you who have believed, spend from that which We have provided for you before there comes a

Day in which there is no exchange [i.e., ransom] and no friendship and no intercession. And the

disbelievers – they are the wrongdoers.”

• Allahعزوجل commands His servants to spend for His sake, in the path of righteousness, from what

• Allah عزوجل reminds us that the time to act and do righteous deeds is “now” because, on the Day of

Judgment, no one will be able to bargain on behalf of himself or ransom himself with any amount

from the earth’s fill of gold; nor will his friends or acquaintances to anyone benefit him. This is

similar to what Allah says in Surah Al-Mu’minun: 101

“So when the Horn is blown, no relationship will there be among them that Day, nor will they ask

Once caught by the punishment, one cannot be released on someone’s intercession, unless

Allahسبحانه وتعالى wills to forgive the person. Therefore, the time to act is now!

Why does Allahعزوجل keep encouraging us to spend in His cause?

• Since most of us inherited religion from our parents and did not have to study or strive for it, we

do not know the value of being Muslim. We spend tons of money on whims and worldly

come up with several excuses for not spending on His cause.

• Do a small test when you get money from somewhere, what is the first thing that comes to your

mind? Generally, it is something related to the dunya: Buy new clothes, a new car, throw a dinner,

invite people, go on a vacation, etc. Why does the spending in the cause of Allah doesn’t come to our

We can drive to shopping, restaurant, or a friend’s place but driving to a masjid or an Islamic class

is considered an expense?

How can Islam spread if people are not investing time and money in it?

them even after their death. Aren’t all of us in dire need of continuous good deeds?

Do not advertise your intention. Let it be a secret between you and Allah.

Gatherings held to study and reflect on the words of Allah, keeping in mind that these are Allah’s

words that He sent down as guidance for humanity.

It is important to put such gatherings into effect, in homes, mosques, and student activities.