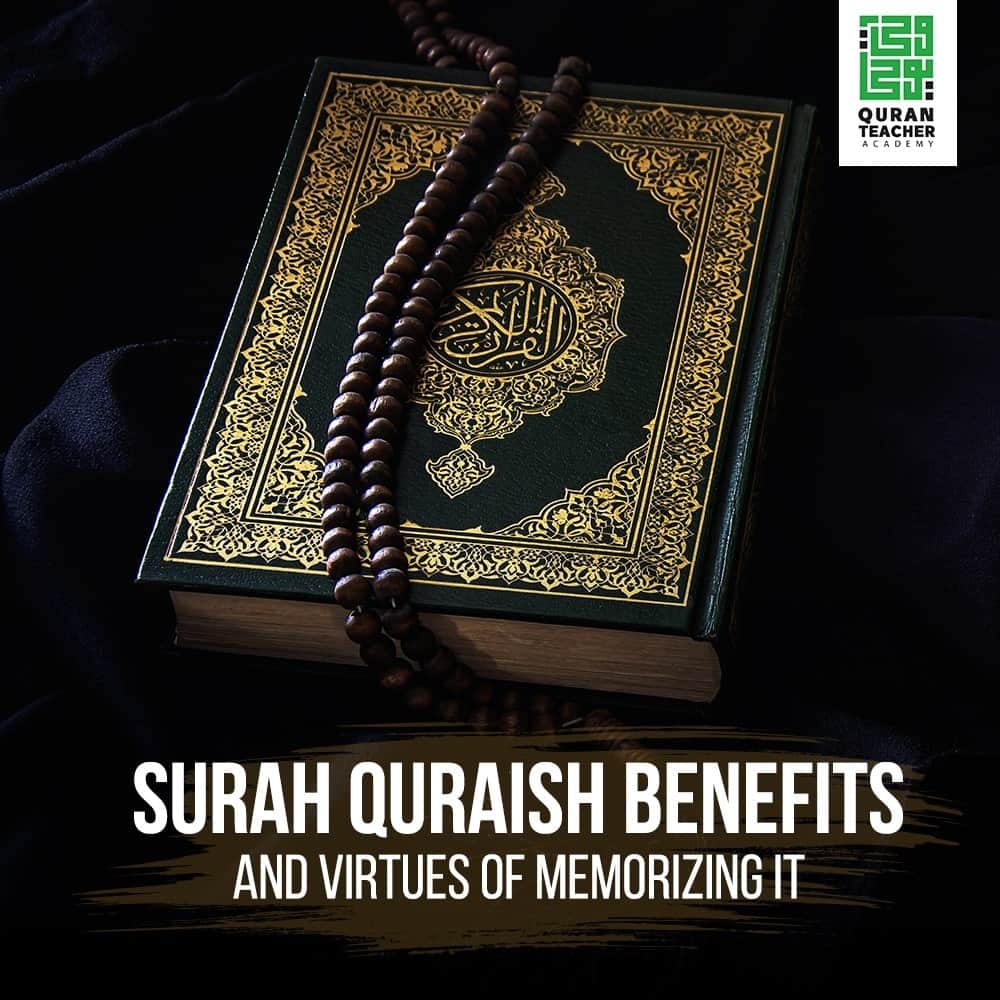 Surah Quraish benefits and virtues of memorizing it

Surah Quraish is the 108th chapter in the Holy Quran and it comprises of 04 verses.

This surah revealed in Makkah, most probably during the early days of Holy Prophet Muhammad’s (ﷺ) proclamation of his Prophethood. In addition, this Surah was revealed immediately after Surah Al-Fil and there was no Surah intervening between them.

This view is further

Surah Quraish is the 108th chapter in the Holy Quran and it comprises of 04 verses.

This surah revealed in Makkah, most probably during the early days of Holy Prophet Muhammad’s (ﷺ) proclamation of his Prophethood. In addition, this Surah was revealed immediately after Surah Al-Fil and there was no Surah intervening between them.

This view is further

Hadrat Umar (ﷺ) had once recited the two Surahs as one in the Prayer. But this view is not acceptable because in the Quran copy which Hadrat Uthman (ﷺ) had got written down officially by the cooperation of a large number of the Companions and sent to the centers of Islamic lands, the Bismillah was written between these two Surahs, and since then these two have been written as separate Surahs in all the copies of the Quran everywhere in the world.

Surah Al-Quraish was revealed about the Quraysh and the blessings that Allah, exalted is He, had bestowed upon them.

favored the Quraysh with seven characteristics which he has never given to anyone before them and will never give to anyone after them:

Long since, the tribe of Quraish was scattered throughout Hijaz until the time of Qusayy bin Kilab, the ancestor of the Holy Prophet (ﷺ). In the beginning, Qusayy gathered it in Makkah and this tribe was able to gain influence over the Ka’bah. Due to their sagacity and wisdom, they founded a city-state in Makkah and made exceptional preparations for the welfare of the pilgrims coming from all over Arabia. Consequently, the Quraish were able to gain great influence among the Arabian tribes and lands. After Qusayy the offices of the state of Makkah divided between his sons, Abdi Manaf and Abd ad-Dar.

Hashim, Abdi Shams, Al-Muttalib, and Naufal. Of these Hashim, father of Abdul Muttalib and grandfather of the Holy Prophet first conceived the idea to take part in the trade that passed between the eastern countries and Syria and Egypt through Arabia.  They stood indebted to them for the great generosity with which the Quraish treated them in the Hajj season.

Because of their diplomatic and business relations with tribes of neighboring countries, i.e. Syria, Egypt, Iraq, Iran, Yamen, and Abyssinia. The Quraish came across in direct contact with the multiethnic societies that imparts knowledge and wisdom in Quraish so enhanced that no other tribes from Makkah had ever thought of doing comparisons. in these attributes with the Quraish. An additional lead that accrues from these international ties that they brought from Iraq tile script. which later used for writing down the Quran. No other Arabian tribe could boast of so many literate people as Quraish. For these very reasons, the Holy Prophet (ﷺ) said: “Quraish are the leaders of men.” (Musnad Ahmad: Marwiyat Amr bin al-As).

the Quraish later became the enemies of the Holy Prophet (ﷺ) when He announced His Prophecy and the noble message of Islam to His fraternity. The main cause of their opposition to the advent of Islam was the fear of losing the kinship of Holy place Ka’bah and their supremacy in the political and economical fields among other Arabs tribes.

The following two Hadiths have encompassed the word Quraish. but their context is not specifically related to Surah Al-Quraish. The Hadiths are as follow:

Narrated Muhammad bin Jubair bin Mut ‘im (ﷺ), That while he with a delegation from Quraish to Muawiya (ﷺ), the latter heard. the news that `Abdullah bin Amr bin Al-`As (ﷺ)said that there would be a king from the tribe of Qahtan. On that Muawiya became angry, got up, and then praised Allah as He deserved,

“Now then, I have heard that some men amongst you narrate things which are neither in the Holy Book nor have been told by Allah’s Messenger (ﷺ).

Those men are the ignorant amongst you. Beware of such hopes as making the people go astray, for I heard Allah’s Messenger (ﷺ) saying, ‘Authority of the ruling will remain with Quraish, and whoever bears hostility to them, Allah will destroy him as long as they abide by the laws of the religion.’ ”

Surah Al-Quraish benefits and virtues or reading and reciting

know about our online Quran academy and start your free trial.