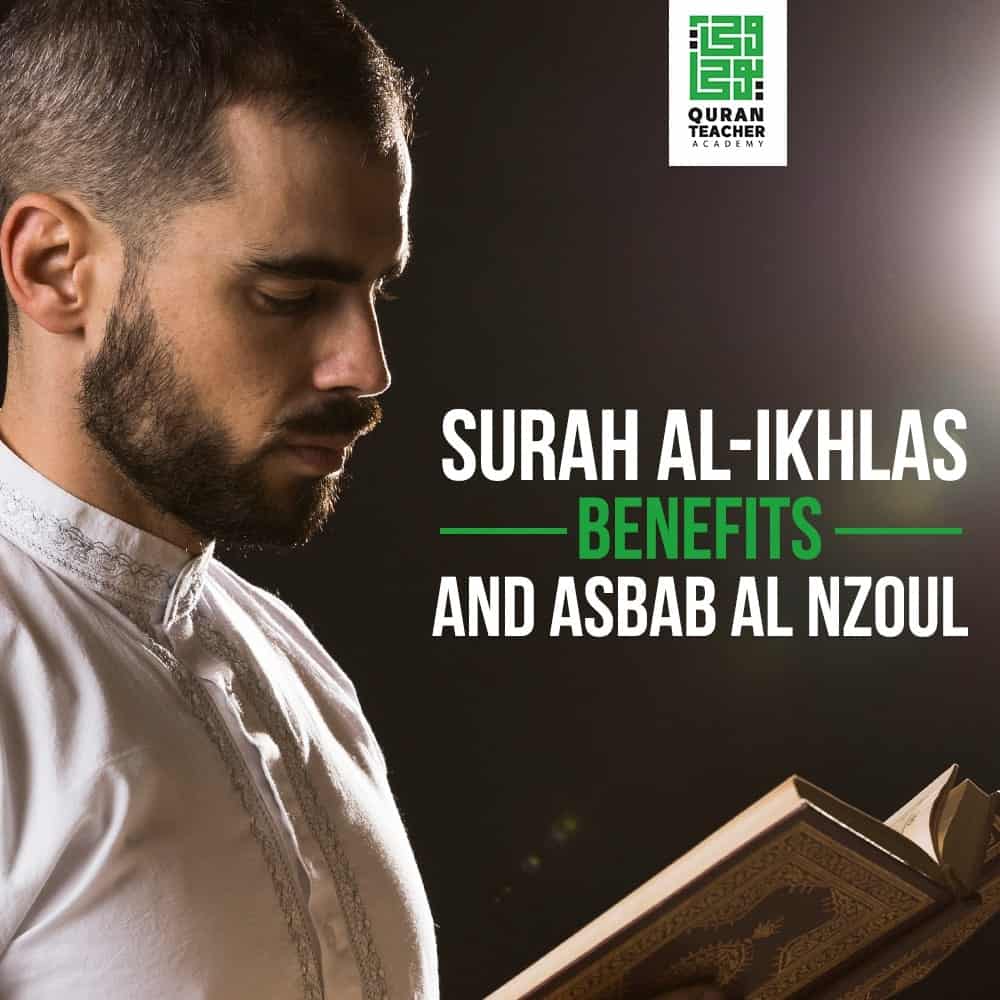 Surah Al-Ikhlas is the 112th chapter of the Noble Quran mentioned in 30th Para.  contains 4 verses, was revealed in Makkah is also known as surah Tawhid. It is one of the shortest surahs of the Quran that sums up the essence of Islam. Before memorizing the Holy Quran, Muslims memorize this surah first.

Surah Al-Ikhlas is the 112th chapter of the Noble Quran mentioned in 30th Para.  contains 4 verses,

It is one of the shortest surahs of the Quran that sums up the essence of Islam. Before memorizing

The word Ikhlas means ‘The Purity or The Sincerity’. Surah Al-Ikhlas is the proclamation of

Oneness of Allah Almighty (SWT) and the foundation of Muslims’ belief in One God.

give us the ancestry of your Lord.” Then Allah (SWT) revealed this surah.

Ibn Kathir, in his Tafsir of the Quran, said that surah Al-Ikhlas was revealed when Jews openly said

the Messiah who is also the son of Allah and the idolaters said that they worship idols. Then Allah

(SWT) revealed to His Messenger ( ﷺ) the verses of this surah saying: “He is Allah, the One. Allah,

the Eternal Refuge. The self-Sufficient Master, Whom all creatures need. He neither begets nor was

He was begotten (born). And there is none equal or comparable to Him.”

The surah clearly indicates that Allah (SWT) is One and Unique. Neither He eats nor He drinks. He

has no partner, no assistant, no enemy, and nothing comparable. He is the Singular Who does not

in their prayers. It is the source of earning rewards and Paradise as well as Allah’s love. It is the

most profound surah that outlines the faith and belief of Muslims.

There are uncountable benefits and virtues of reciting and memorizing the beautiful surah Tawhid.

Surah Al-Ikhlas is one of the most recited surahs of the Holy Quran. Recitation of this surah is equal

to the recitation of one-third of the Quran. It upgrades the wisdom of one who recites it regularly. It

is the road leading to success. Its benefits also include spiritual and inner peace and satisfaction of

Abu Hurairah (ﷺ) narrated that the Prophet Muhammad ( ﷺ) said: “Gather and I will recite one-

third of the Quran to you.” His companions gathered. He ( ﷺ) came out, recited Surah Al-Ikhlas to

them and went back. Someone said: “I think a revelation just came to him from the Heavens so he

went back.” Then the Messenger of Allah ( ﷺ) came and said: “Indeed I said that I will recite one-

will build a house in Paradise for him.”

The Prophet Muhammad ( ﷺ) said: “When you recite Surah Al-Fatiha and Surah Al-

Ikhlas while lying on the bed, you will be guarded and should become fearless of

He ( ﷺ) also said: “One who recites surah Al-Ikhlas two hundred times daily, he will

get forgiveness of fifty years of sins, unless he is in debt.”

times. The next day he came to the Prophet Muhammad ( ﷺ) and asked about it. Allah’s Messenger

( ﷺ) replied: “For Him in Whose Hand is my life, this surah is equal to one-third of the Quran.”

Once a companion of the Prophet Muhammad ( ﷺ) said that he really loves the surah Al-Ikhlas. The

Prophet Muhammad (SAW) said: “And your love for it will allow you to enter Paradise.”

The Holy Prophet ( ﷺ) once said: “Whoever recites Surah Al-Ikhlas while entering in his house,

poverty will be removed from his house and neighbors.”

Surah Al-Ikhlas brings success and happiness. It holds great importance when recited along with

Dua is the spirit of Allah’s worship and the five prayers. Surah Al-Ikhlas is a means for acceptance of

dua. It gives protection against all kinds of viral infections and diseases and eyesores. It also

favorite slaves of Allah ( ﷺ). Its regular recitation will increase the presence of angels at the time of

death to pray for his forgiveness. One who recites surah Al-Ikhlas in the obligatory prayers, Allah (

ﷺ) bestows His blessings on him, on his parents and children, not only in this world but also in the

Allah’s love and affection. It is important for us to realize its benefits and rewards to earn its