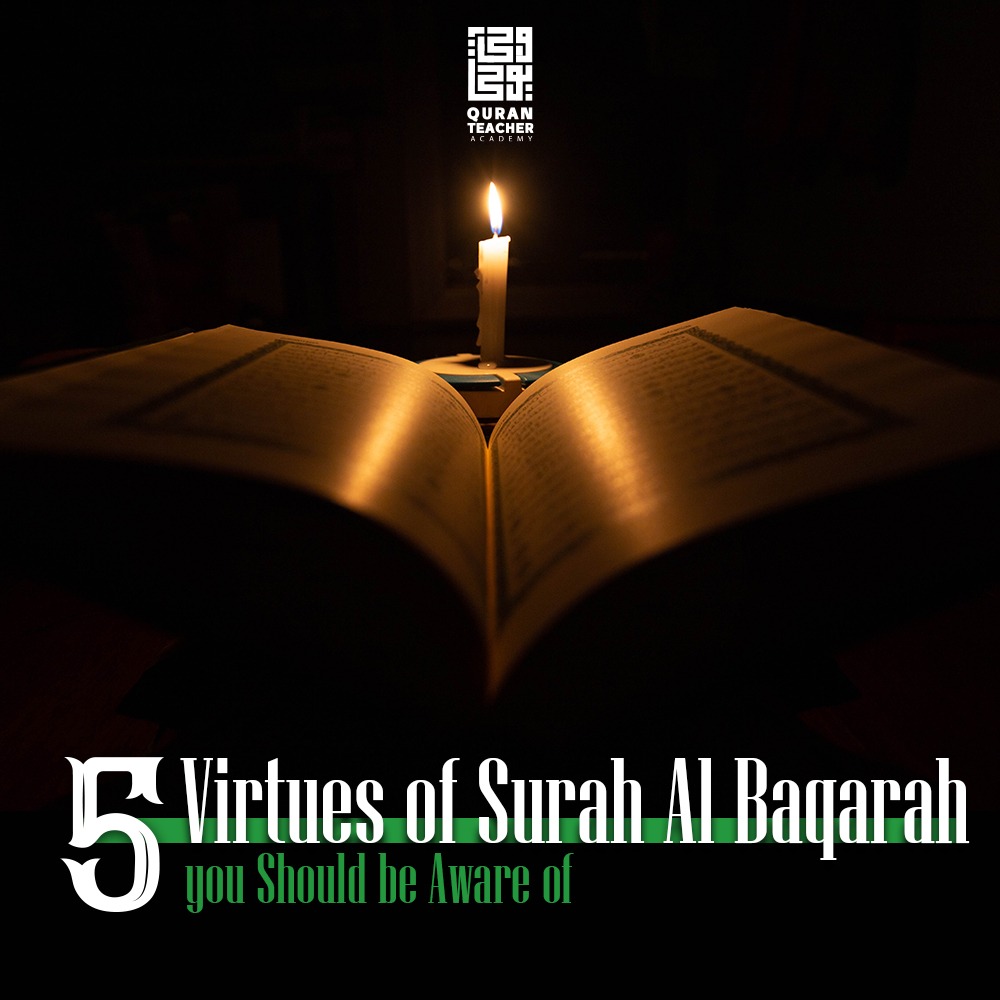 5 Virtues of Surah Al Baqarah you Should be Aware of

Every surah of the Quran possesses some unique and specific virtues that distinguish it from the rest of the surahs.

Therefore whenever benefits or blessings of any Quranic surah are mentioned, it in no way means that the surah is

more important or beautiful than the others. Every surah revealed according to a context and deals with a

particular issue and hence represents the epitome of that particular matter.

In this article, I will discuss the virtues of Surah Al Baqarah in the light of the confirmed sayings (sahih hadith) of

the beloved Prophet. Before moving on, some salient facts about surah Baqarah should be noted.

Surah Al Baqarah is the second surah of the Quran according to the final compilation (Mushaf). However

chronologically, its revelation started after the beloved Prophet migrated to Medina. It is the longest surah of the

Quran with 286 ayahs. Interestingly, it not revealed at a time but revealed gradually over 10 years till the

Moreover, according to the majority of the scholars, the final Ayah of the glorious Quran to revealed was ayah

number 281 of this surah. Moreover, the longest ayah of the Quran is in this surah i.e. ayah 282.

After knowing all these facts about surah Baqarah, now let us move on to its virtues and benefits that standout

5 most prominent and unique aspects of Surah al Baqarah

It is imperative to mention here that before the advent of our beloved prophet (ﷺ), Bani

Israel were the chosen people of the Lord. They were the most loved and honored nation among all the nations of

the world. Several prophets sent down towards them from time to time for their guidance. However, despite all

this, they did not pay much attention to the message of Allah and hence deposed from their position of honor.

In their place, the ummah of the beloved prophet Muhammad (ﷺ) have honored

as the chosen and most favored community of the Lord. Surah Baqarah lays down the do’s and don’ts for us so that

we do not tread on the same path as the Bani Israel did.

possesses some unique significance. In this article, I have attempted to highlight some prominent aspects of surah

Baqarah. I might also have missed some of the benefits because no matter how hard one tries, it is impossible to

quantify all the virtues of any Quranic surah. My main aim is to develop a sense of interest and fascination among

the readers to study and understand surah Baqarah objectively.