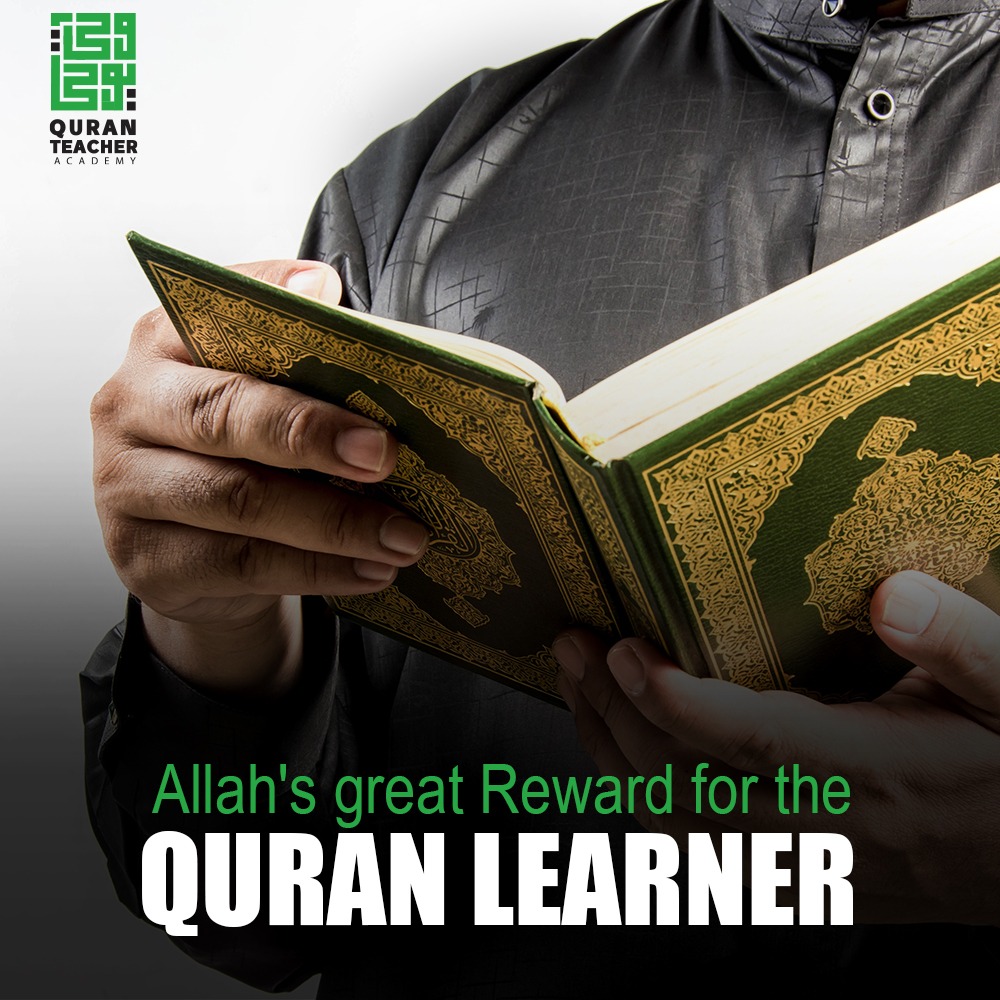 Allah's great Reward for the Quran learner Ibn-Abbas (may Allah be pleased with them both) said: “The people of knowledge had the privilege of joining Omar’s council and he would consult them, be they old or young.” (Sahih Al-Bukhary). This narration confirms the value of youth, and how not to underestimate young people if they are righteous and knowledgeable; for Omar’s council was not merely a gathering! He was the commander of the faithful and t .........
Allah's great Reward for the Quran learner .........

Ibn-Abbas (may Allah be pleased with them both) said:

“The people of knowledge had the privilege of joining Omar’s council and he would consult them, be

they old or young.” (Sahih Al-Bukhary).

This narration confirms the value of youth, and how not to underestimate young people if they are

righteous and knowledgeable; for Omar’s council was not merely a gathering! He was the

commander of the faithful and the Caliph of Islam, he is the head of the world and a symbol of

What he used to take into consideration when giving people precedence in his council, and his

criterion, was knowledge: knowing the Quran by heart.

It is a must to restore our respect for Quran knowledge and to base it on young people’s hard work,

Learning Quran gives the Muslim knowledge about all aspects of life, also brings him/her near to

the Creator, and will be proof of the great rewards of his\ her good deeds on the Day of Judgment.

“The Messenger of Allah said: ‘Allah has His own people among mankind.’ They said: ‘O Messenger

of Allah, who are they?’ He said: ‘The Quran learner, the people of Allah and those who are closest to

Angels descend, tranquility and mercy to the Quran and Quran learner.

The Messenger of Allah (ﷺ) said, “Any group of people that assemble in one of the Houses of Allah

to recite the Book of Allah, learning and teaching it, tranquility will descend upon them, mercy will

engulf them, angels will surround them and Allah will make mention of them to those (the angels)

The Messenger of Allah (ﷺ) said, “The best amongst you is the one who the Quran learner and

basil whose fragrance is so sweet, but its taste is bitter. The hypocrite who does not recite the Qur’an

Memorizing the Quran is better than the enjoyment of this world

The Messenger of Allahصلى الله عليه وسلم came out upon a circle of his Companions and said: ‘what has

Allah, and praise Him for His having guided us to Islam, and having bestowed blessings upon us.’ So

he said: ‘By Allah, nothing caused you to gather for this sitting except for that?’ He said: ‘Indeed, I

did not ask you out of suspicion, verily Jibrail came to me and informed me that Allah boasts of you

An-Nawwas bin Sam’an (May Allah be pleased with him) reported:

I heard the Messenger of Allah (ﷺ) saying, “The Qur’an and its people who applied it, will be brought on the Day of Resurrection preceded with Surat Al-Baqarah and Surat Al-‘Imran arguing on behalf of those who applied them.”

The Messenger of Allah (ﷺ) said, “He who does not memorize any part from the Quran he is like the

The Messenger of Allah (ﷺ) said, “The one who is proficient in the recitation of the Qur’an will be with the honorable and obedient scribes (angels) and he who recites the Qur’an and finds it difficult to recite, doing his best to recite it in the best way possible, will have two rewards.”

The Importance of Quran reading can be understood through many examples.

be saved from Dajjal.” (Sahih Muslim)

3-Surah Al-Fatiha, Muslims recite this surah in every prayer. Its benefit is that it completes our

prayer. Recitation of this Surah is also good for relieving soul pains. The Messenger of Allah (ﷺ)

said, “Shall I teach you the greatest Surah in the Qur’an before you leave the mosque?” Then he (ﷺ),

took me by the hand, and when we were about to step out, I reminded him of his promise to teach

me the greatest Surah in the Qur’an. He (ﷺ) said, “It is ‘Alhamdu lillahi Rabbil ‘Alamin (i.e., Surat

Al-Fatihah) which is As-Sab’ Al-Mathani (i.e., the seven oft-repeated Ayat) and the Great Quran

which is given to me.”

The Messenger of Allah (ﷺ) said: ‘What do you recite in your Salat?’ He said: ‘I recite Umm Al-

Qur’an.’ So the Messenger of Allah (ﷺ) said: ‘By the One in Whose Hand is my soul! The like of it has

neither been revealed in the Tawrah, nor the Injil nor the Zabur, nor in the Furqan. It is the seven

oft-repeated, and the Magnificent Qur’an which I was given.’”

And fear Allah… How different:

reflection in his memory.

their understanding in terms of knowing Allah’s book and His will.

they are in terms of the flooding spiritual enlightenments and faith meanings.

they are in terms of fearing Allahعزوجل and subservience to Him.

for greater purity for them’)