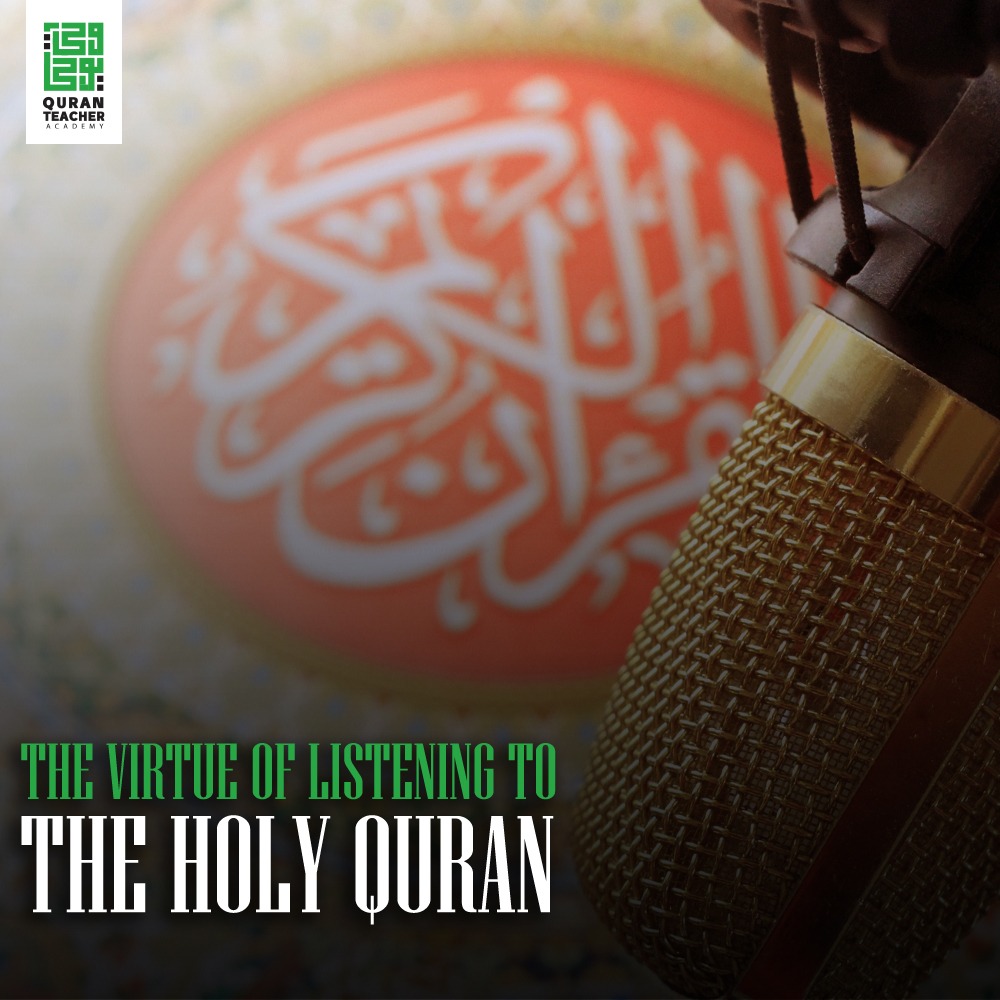 If the winds of the heart wither; you will inevitably find his yearning to come back to life. And if you

are fed up with their estrangement, and you have accumulated worries and sorrows; don’t hesitate

to regain joy, and the path to happiness begins with the word of God Almighty.

If the winds of the heart wither; you will inevitably find his yearning to come back to life. And if you

are fed up with their estrangement, and you have accumulated worries and sorrows; don’t hesitate

to regain joy, and the path to happiness begins with the word of God Almighty.

Reflect on the hadith of the Messenger of God, may God’s prayers and peace be upon him, in which

he asks his Lord for help by His Most Beautiful Names and the Attributes of the Highest:

“I ask You by every name belonging to You which You named Yourself with, or revealed in Your

Book or You taught to any of Your creation, or You have preserved in the knowledge of the unseen

with You, that You make the Quran the life of my heart and the light of my bosom, and a departure

for my sorrow and a release for my anxiety. Note: Allah will take away the anxiety and sorrow out of

the heart of him who recites this supplication, as mentioned in this hadith by our prophet (may the

peace and blessings of Allah be upon him).”

It is certain that you will feel from the Prophet’s supplication that:

The holy Quran is the light of the eyes, the spring of souls, the detector of anxiety and distress,

Reading, listening, and contemplating the holy Quran is worship, Hearing the Holy Quran is silent

“So when the Quran is recited, then listen to it and pay attention that you may receive mercy.” – Al-

“And those who disbelieved said, ‘Do not listen to this Quran, and those who have perverted in it are

Hearing the Holy Quran is silent worship that many neglects.

And Allah Almighty says: “So when the Quran is recited, then listen to it and pay attention that you

may receive mercy”. “And remember your Lord within yourself in humility and in fear without being

apparent in speech – in the mornings and the evenings. And do not be among the heedless.” Surah

Allah wants us to remember Him within ourselves, humbly and with fear and without loudness in

words in the mornings, and in the afternoons, and be not of those who are neglectful.

Surely, those who are with your Lord (angels) are never too proud to perform acts of worship to

Him, but they glorify His Praise and prostrate themselves before Him.

The Quran is the magic of hearts

Hearing the Quran is magic for the hearts and it has authority over them, and irresistible pleasure.

truthfulness and its magic over hearts, as the Qur’an narrated about them and said:

“And those who disbelieve say, “Do not listen to this Quran and speak noisily during [the recitation

of] it that perhaps you will overcome.” Surah Fussilat: 26

The wise man of the Arabs – as they described him – came to compromise with the Prophet, may

God bless him and grant him peace; compromising by all ways of appeasement that humans accept.

And here the Prophet says to him:

“You finished, Abu Al-Waleed.?” He says yes, and he says to him: “So listen to me.” Then he recited

a surah to him, “Fassilat” until he reached the Almighty’s saying: “But if they turn away, then say, “I

Then, he put his hand on the mouth of the Prophet, may God bless him and grant him peace, and

swear by God and mercy not to complete it. And he returned to his people with the face of another

man. And when he was asked, he said: “I heard from him words that are not from the words of the

jinn or from the words of men, and by God, it has sweetness, and it has lusciousness, and that the

top is fruitful, and that the bottom of it is watered”

What about the believers?

Hearing the Quran has a taste that only he who has tasted it knows. Because the silence and the

the stillness of the body motivates the work of the heart.

Even the Messenger of God, may God’s prayers and peace be upon him, could not be denied the

the pleasure of listening to the Qur’an.

The Prophet (ﷺ) said to me, “Recite the Quran to me.” I said: “O Messenger of Allah! Shall I recite it

The companions of the prophet

understand it, because the listener is stronger in contemplation, and is more active than the reader

because the reader is busy with recitation and Tajweed (rulings).

Among the characteristics of the believers is listening to the Quran with contemplation and obedience.

His contemplation may be part of the connection of the faith relationship between him and his Lord.

Allah says in Surah Al-Baqarah, verse: 285 “The Messenger has believed in what was revealed to

him from his Lord, and [so have] the believers. All of them have believed in Allāh and His angels

and His books and His messengers, [saying], “We make no distinction between any of His

messengers.” And they say, “We hear and we obey. [We seek] Your forgiveness, our Lord, and to You

is the [final] destination.”

The influence of the Quran was not limited to the children of Adam only, but it also had an effect on

“Say, [O Muḥammad], “It has been revealed to me that a group of the jinn listened and said, ‘Indeed,

we have heard an amazing Qurān [i.e., recitation].

It guides us to the right course, and we have believed in it. And we will never associate with our Lord

“And when we heard the guidance [i.e., the Quran], we believed in it. And whoever believes in his

Lord will not fear deprivation or burden” Gin: 13

The Quran guides to the Right Path and whosoever believes in his Lord shall have no fear, either of a

The influence of the Holy Quran has gone beyond animals.

The dead is the one who does not contemplate. It seems that the lack of contemplation of the Quran

is one of the characteristics of the blind of the heart.

God Almighty has portrayed the infidels’ indifferent response when they heard the holy Quran:

“And We have certainly created for Hell many of the jinn and mankind. They have hearts with which

do not hear. Those are like livestock; rather, they are more astray. It is they who are heedless.”

Allah also says to Prophet Muhammad when the prophet was sad about the disbelievers:

“So indeed, you will not make the dead hear, nor will you make the deaf hear the call when they turn

their backs, retreating. And you cannot guide the blind away from their error. You will only make

hear those who believe in Our verses so they are Muslims [in submission to Allah].” Ar-Rum: 52-53

And you Muhammad صلى الله عليه وسلم cannot guide the blind from their straying; you can make to

hear only those who believe in Our Ayat (proofs, evidence, verses, lessons, signs, revelations, etc.),

and have submitted to Allah in Islam (as Muslims)

How do we listen to Holy Quran?

was most beautiful he replied, “The one of whom you think when you hear him recite that he fears

God.”
Hearing the Quran is one of the easiest acts of worship, so you can listen to Quran at home, at work,

in the car, and in all circumstances. As long as the heart is present, no matter when you are

standing, sitting, or lying down.

So that It is worth mentioning that (Wahion Youha) is An Online holy Quran Academy, Where You can: