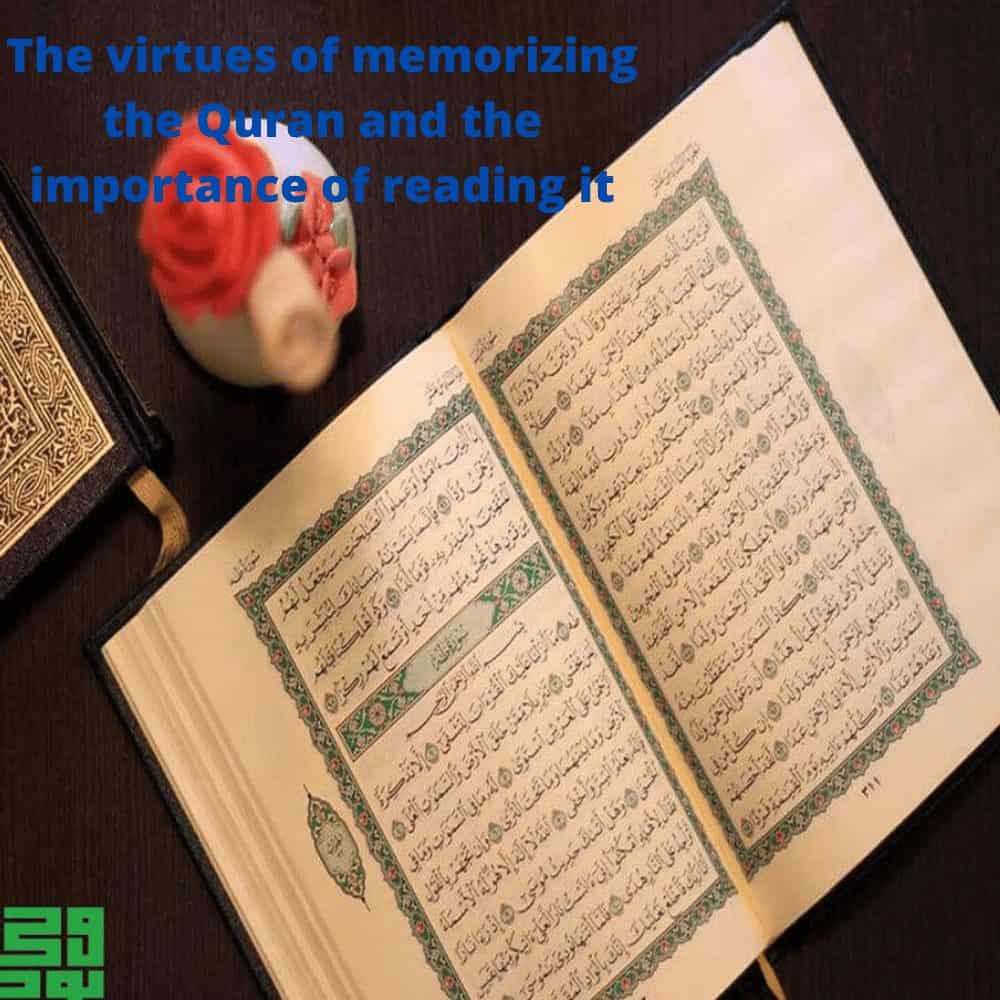 in the future. This memorization of the Divine Book is the unique preservation that extends back to

the Prophet’s(PBUH) time. This explains that Allah has saved the same meanings and words of the Quran for a

The teachings and sciences of the Holy Quran gave rise to Sharia law. However, those who obey the principles

and know the meaning of the Quran will be rewarded with huge benefits. Are you curious to know about the virtues

of the Quran? Keep reading this blog post and know how the Quran’s recitation is a blessing for you and your family

in this life and the life hereafter.

Virtues of memorizing the Quran:

Provides an understanding of Allah’s creations

Reading and memorizing the Quran helps you to understand the creations of Allah Almighty that exist around you.

People who learn and memorize the Quran have a more sharp memory and can easily recover their knowledge.

Help to know about matters related to routine life

The holy Quran is not a book consisting of past nations’ stories, but it also reveals the life-changing guidelines and

instructions from Allah Almighty. As it is stated in the book of Gracious Lord:

“And we have certainly presented for the people in this Quran from every example that they might remember.”

This verse openly explains that the Holy Quran is full of important examples for everyone to seek guidance. So, the

virtue of memorizing the Quran is to get any guidance to solve our daily life problems.

A guide revealing the lawful and unlawful things

The Quran displays noble and forbidden things. It teaches people to be optimistic through the stories of great

people who had passed. Quran also helps us to practice forbearance, patience, Touched and Taqwah (the firm belief

that Allah Almighty is the one who can solve all the problems and deserves all praises).

Benefits in the life hereafter

As you all know, the noble Quran ensures this world’s happiness, but it also rewards those who memorize it in the

hereafter. The holy Prophet SAW said: “Read the Quran for it will come as an intercessor for its reciters on the Day

Another Hadith of the Prophet proves that the Quran saves one from the hellfire. “If you place the Quran in the cuticle

and then you throw it in the fire, it will not burn.”

At the same time, the memorizer of the Quran has a special place on the Day of Judgment as angels will surround

him; Holy Prophet SAW said, “Whoever recites a letter from the book of Lord, he will be credited with the good

deed and a good deed gets a tenfold reward?”

The reward for the stutter:

For most nations, the Arabic language is not native. In the beginning, people might stutter or feel difficult to read the

Quran fluently. The lack of understanding may frustrate them, but once they practice reading, they get fluent.

The accomplishment of religious duty:

Allah Almighty has instructed all Muslims to recite and act upon the Quranic instructions. He commands us to

appreciate the virtues of intonation of the Quran. So it’s our religious duty to recite the Quran daily and understand

The virtues of noble Quran from the Quran and Sunnah:

The right virtues of the Quran in Quran:

Some of the verses mentioned in the virtues of the Quran as listed below:

Excellent guidance for those who recite:

The Holy Quran is a guide that helps us to know the permissible and forbidden things of Islam. This book is full of

lessons from the stories of past nations. Those who seek guidance from the Quran in every walk of life deserve all

“This is the book (The Quran) in which there is no doubt. A guide to those who are pious and fear Allah (keep away

A source of divine healing:

Monotheism and act on it) and it increases the Zalimoon (wrong-doers) nothing but loss.”” (Surah Al-Isra).

Virtues of memorizing the Quran in the Ramazan:

“The month of Ramazan in which the Quran was revealed, a guidance for mankind and clear proves for the guidance

and criterion (between wrong and right).” (Surah Al-Baqarah)

The right virtues of the Quran in Hadith:

Here are some of the Hadiths mentioned in the books that explore the real virtues of memorizing the Quran. Let’s

Huge rewards for the reciter of the Quran:

i. Holy Prophet (PBUH) said: “Verily the one who recites the Quran beautifully, smoothly and precisely he will be in

the company of noble and obedient angels. And as for the one who recites with difficulty stumbling (or stammering)

through its verses, then he will be rewarded twice.” (Sahih Al-Bukhari)

These Hadith show the right virtues of the Quran that no matter if you can’t speak precisely, you will still be

rewarded for your efforts.

The virtues of memorizing the Quran multiply by 70 in Ramadan, and such plenty of rewards compel people to

ii. “It will be asked to the companion of the QDunia Read and elevate (through the levels of Jannah) and beautify

your voice as you were used to doing when you were in Dunia! Indeed, your position in the Jannah will be at the last

In this Hadith, our Prophet SAW beautifully explained our rank in the paradise to the Quran. It shows that one of

the Virtues of memorizing the Quran is a higher place in Jannah.

It makes the heart softer:

Allah! How can I recite it to you while it was revealed to you?” the Prophet said, “I love to hear it from people other

than me.” Ibn-e Masud said, “So, I begin to read from Surah An-Nisa until I reached the ayah that reads ”so how

will it be when We bring from every nation a witness, and we bring you, O Muhammad, against these people as a

him, and he was shedding tears.” (Sahih Al-Bukhari, Sahih Al-Muslim).

This Hadith tells us that reciting the Quran and listening to Allah’s word makes the heart softer.

Muslims are blessed with the well-protected book best for all the times, a book that benefits its readers and

memorizers, the Sacred Quran. The Holy Quran guarantees the success and happiness of the people who follow its

If you want to seek the rewards of Allah, recite the Quran daily. This virtue will benefit you in many ways, like purify

your soul provides a chance to talk to Allah and become a practicing Muslim.